As part of the design for the TWA Hotel in New York, Stonehill Taylor transformed a vintage Lockheed Constellation “Connie” L-1649A Starliner, one of only four of its kind left in the world, into a glamorous cocktail lounge. Fully restored, the plan features murals by artist Mario Zamparelli that once graced the cabin, as well as a completely restored cockpit and navigation system.

After ascending through the forward hatch of the 116-foot-long aircraft, guests enter the main cabin, which echoes the TWA Flight Center’s terminal “tube” design with soft glowing ceilings and Saarinen “Chili Pepper Red” carpeting running underfoot. Seating vignettes nod to the original styling of the TWA Commodore Club with Chili Pepper Red banquette seating complete with fold-down drink holders and Saarinen tulip tables and stools. Guests can also sit in one of the 16 reupholstered original airplane seats. At the back of the plane sits the back bar, whose rivet-lined brushed-steel background was inspired by both the plane’s fuselage and Saarinen’s Gateway Arch elevators in St. Louis.

Paying homage to the industrial achievements of the era, the design team created a one-foot-wide backlit reveal, running almost the full circumference of the cabin, which uncovers the raw bones of the plane. 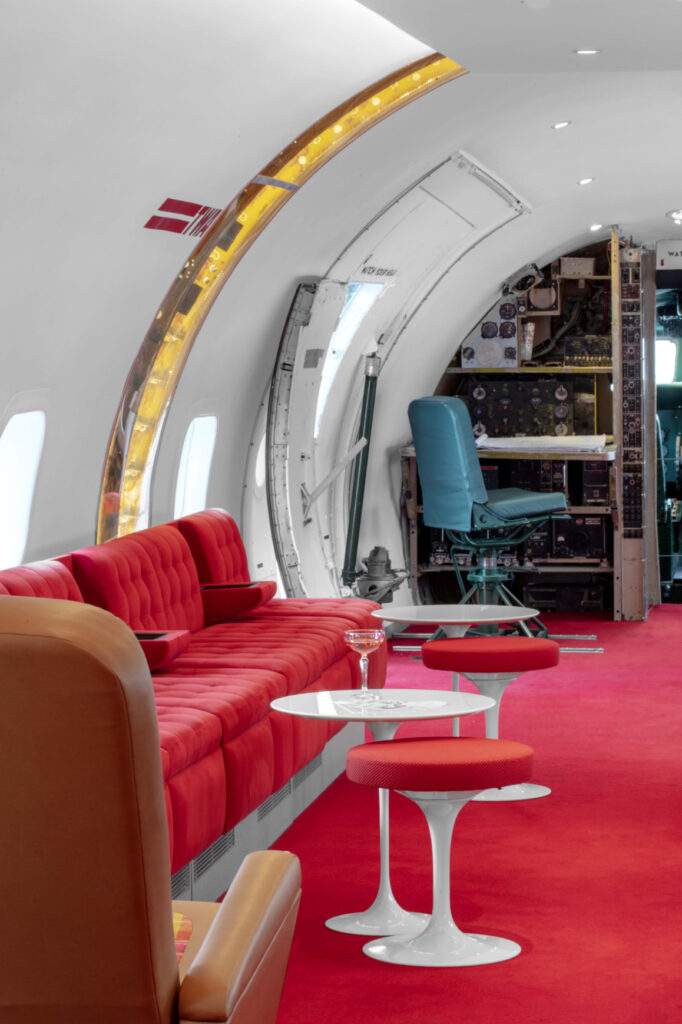 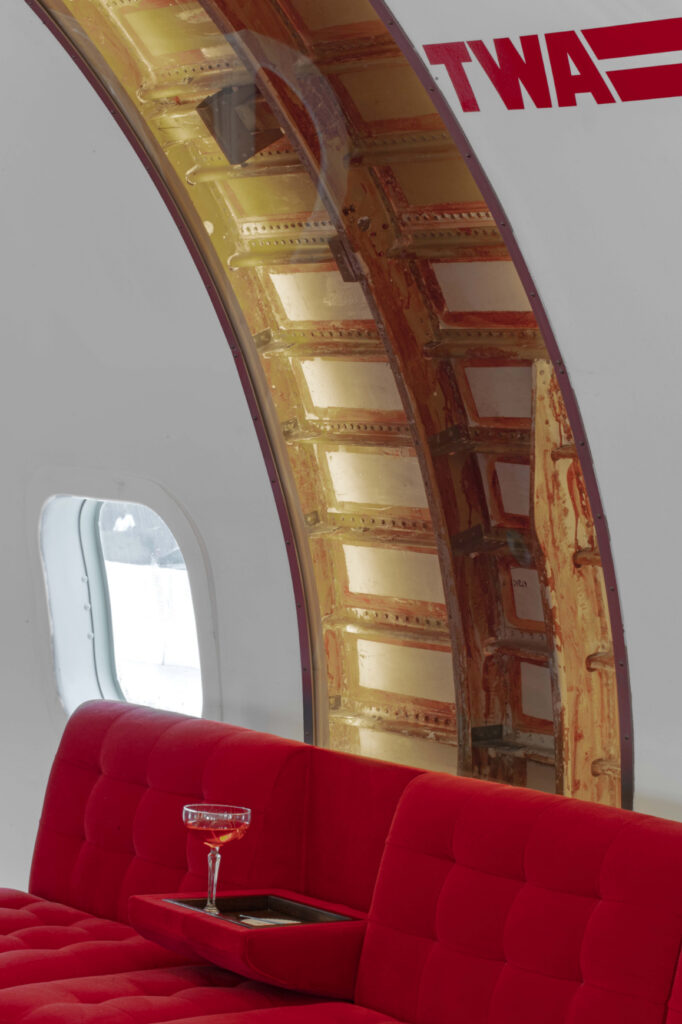 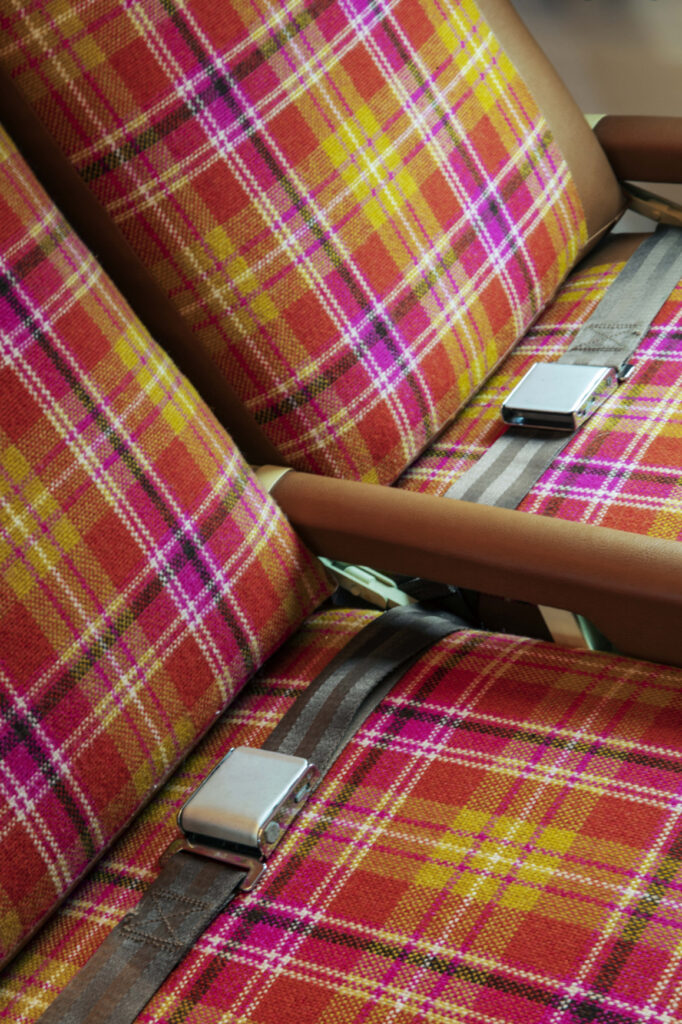 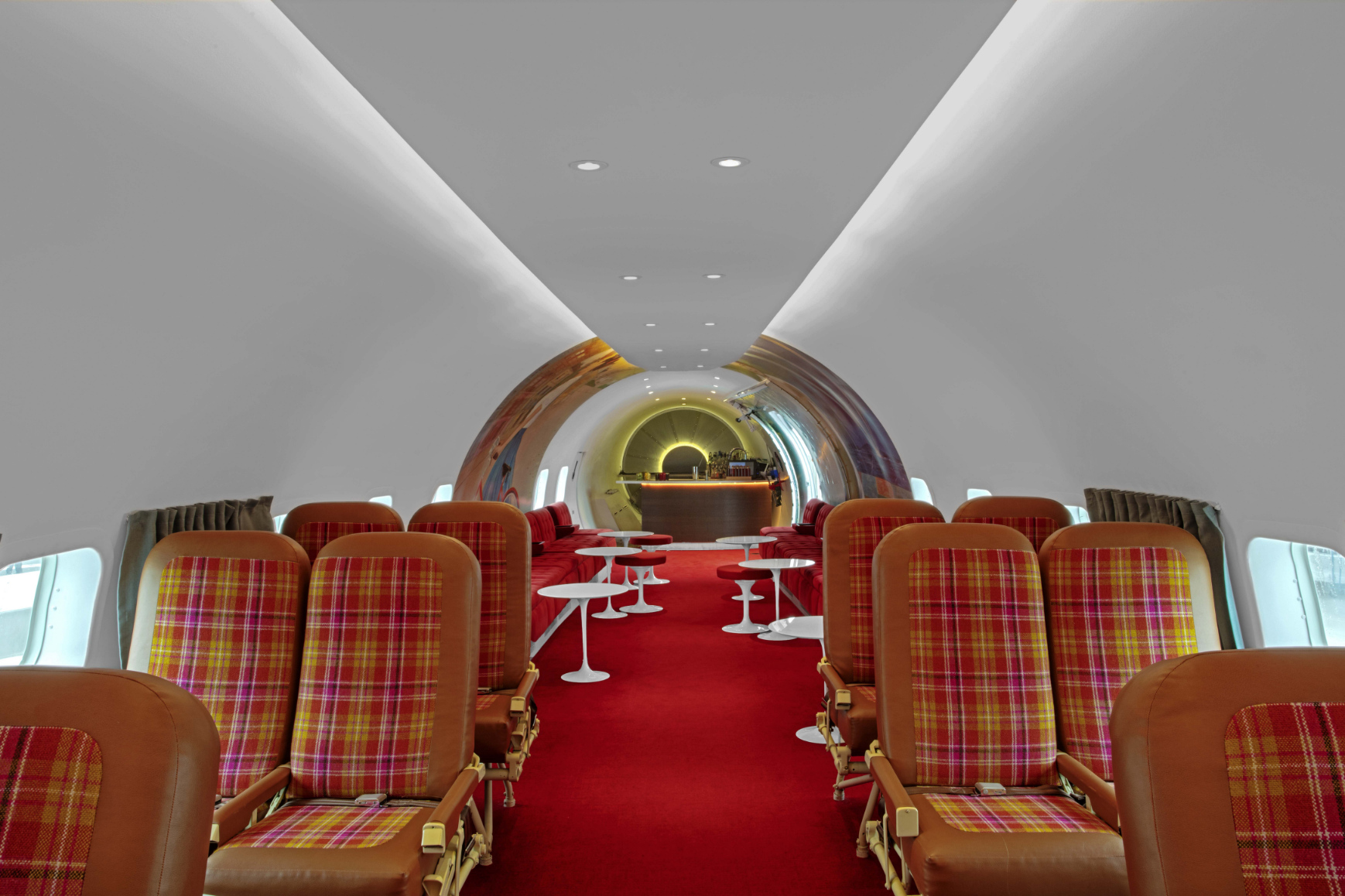 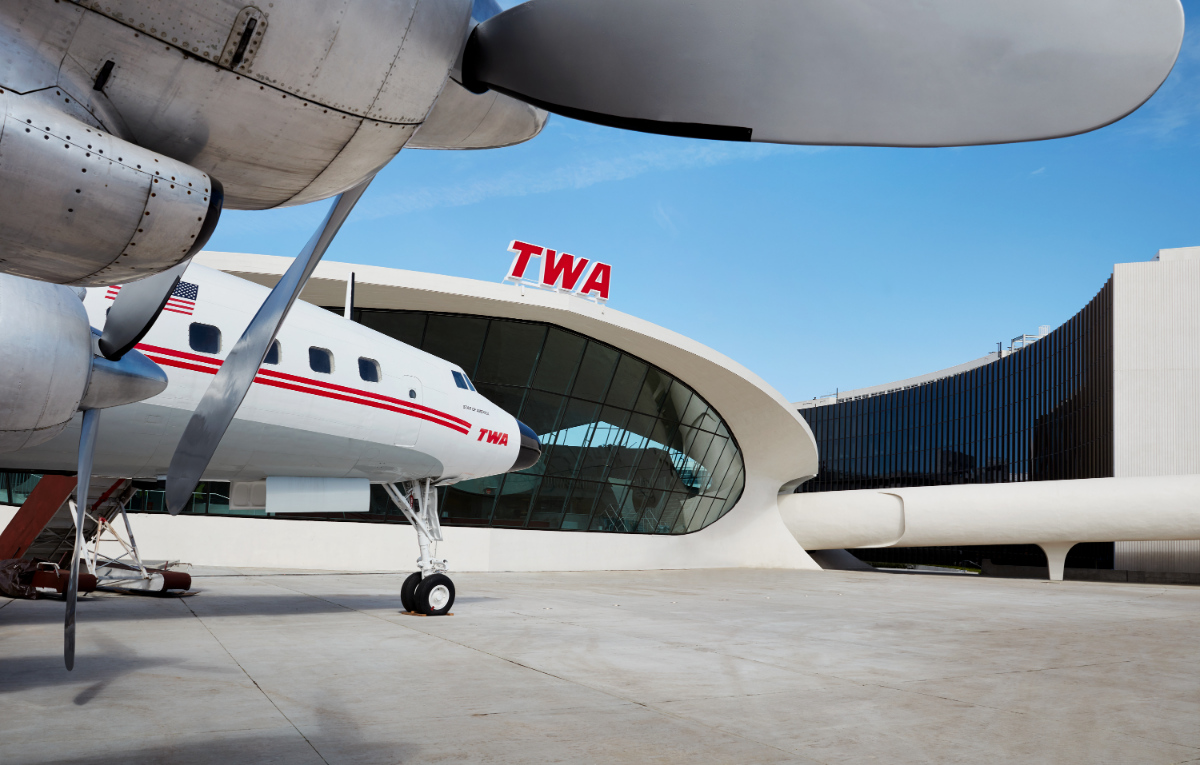 NEXT PROJECT
The Wall Street Hotel