Located on 405 acres along the banks of the Colorado River, the Hyatt Regency Lost Pines Resort & Spa, is a relaxing retreat 23 miles outside of Austin. The property features 491 guestrooms, including 58 suites, all situated beside the lower Colorado River against the backdrop of the Texas rolling hills. After undergoing a series of renovations in recent years, the resort has just unveiled its new guestrooms this May—representing the final phase of the revitalization.

The design of the guestrooms takes a cue from multiple historic and cultural sources while blending a modern aesthetic. Among those inspirations are the Native American tribes who originated in the region, as well as the first Texas ranchers, who worked alongside Spaniards and Mexicans, to build the early farmsteads of Texas. That melting pot of cultures proves an important aesthetic influence on the project. The pioneer era of the 18th century, which introduced cattle ranching and ranch-style building techniques, and the rise of the American cowboy also strongly influence the hotel’s visual language. 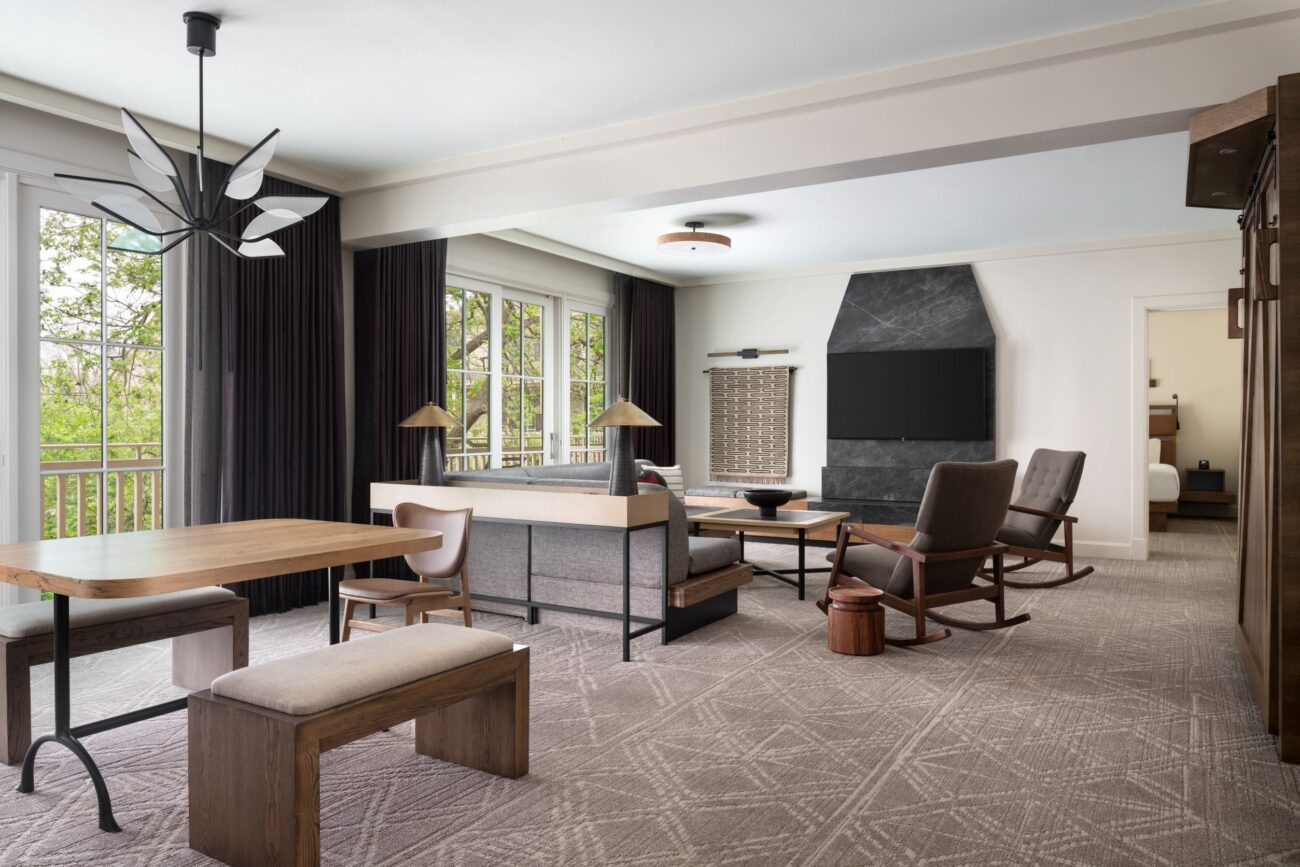 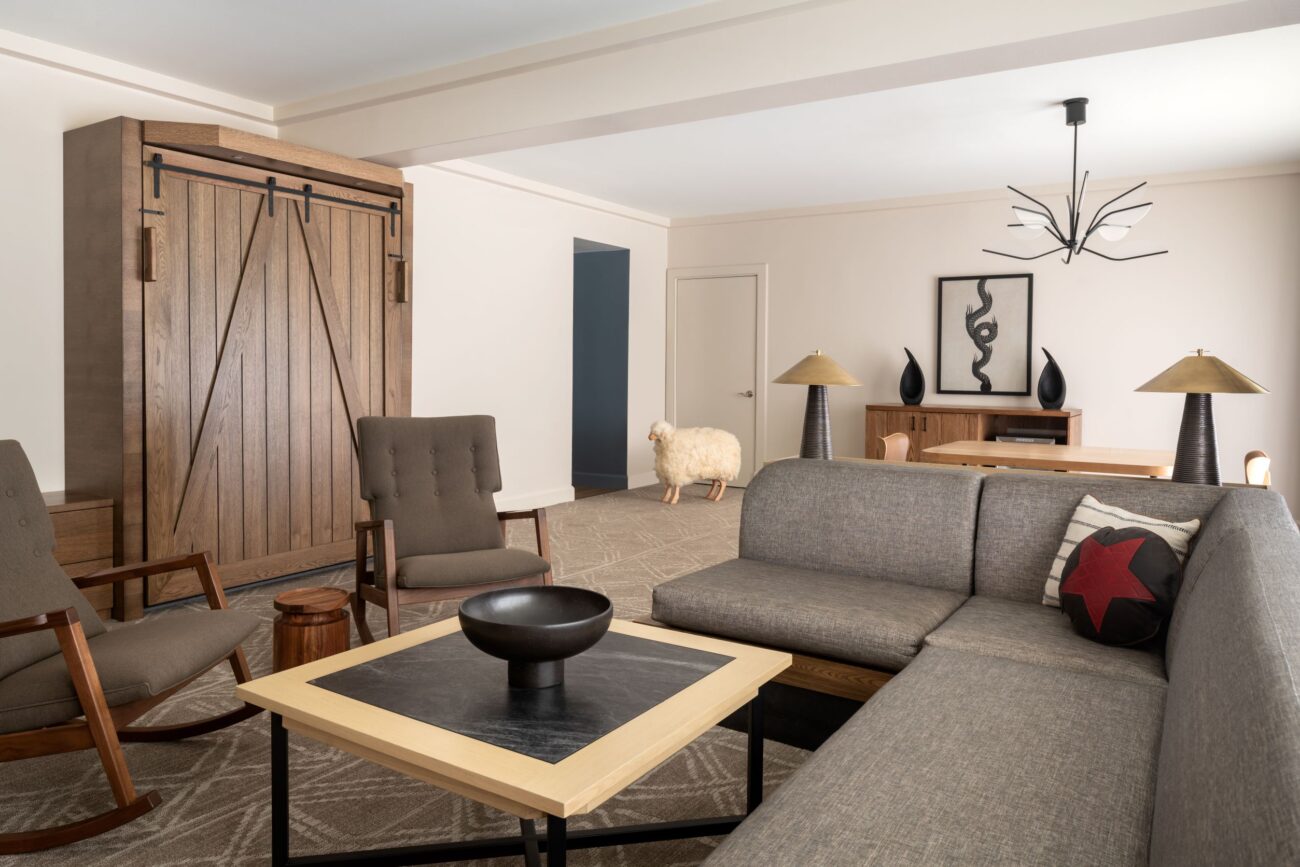 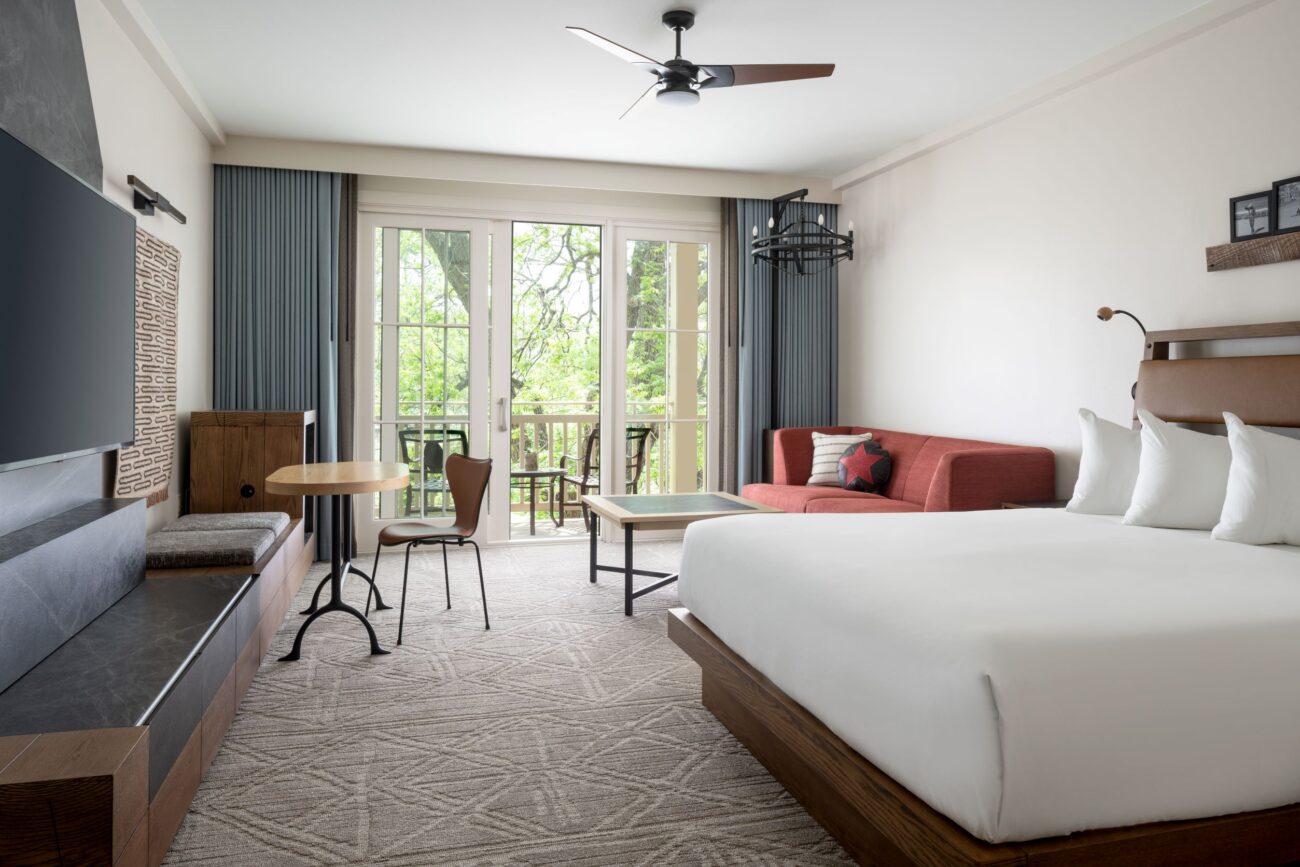 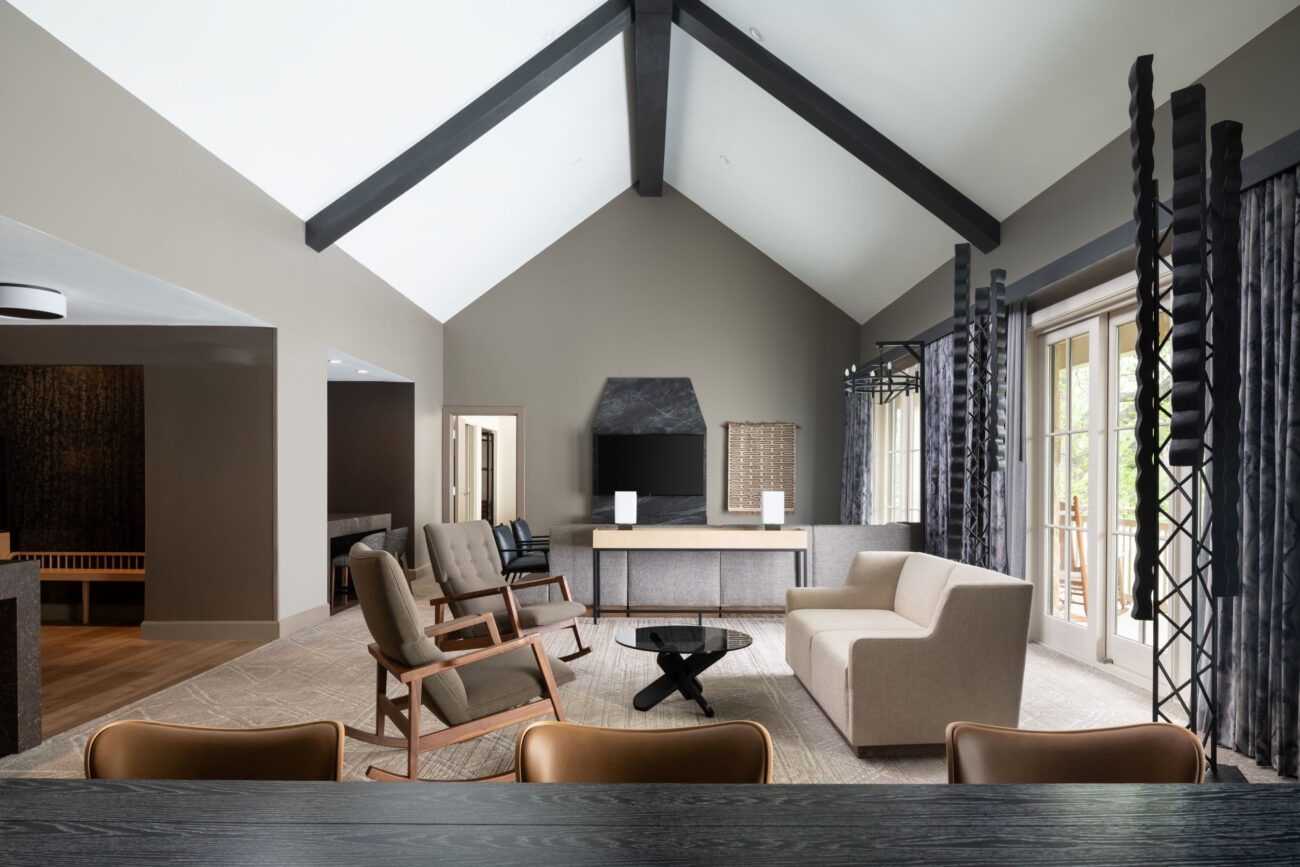 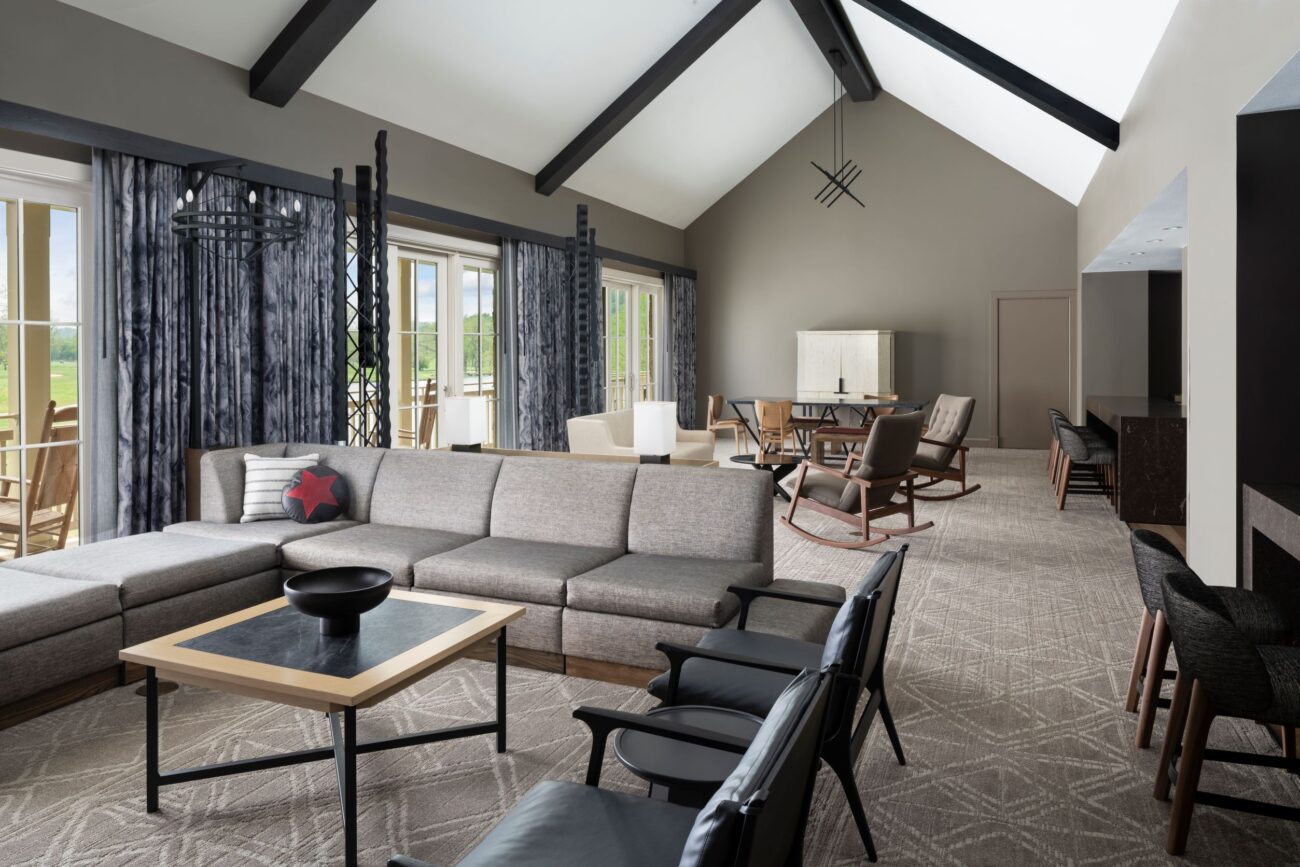 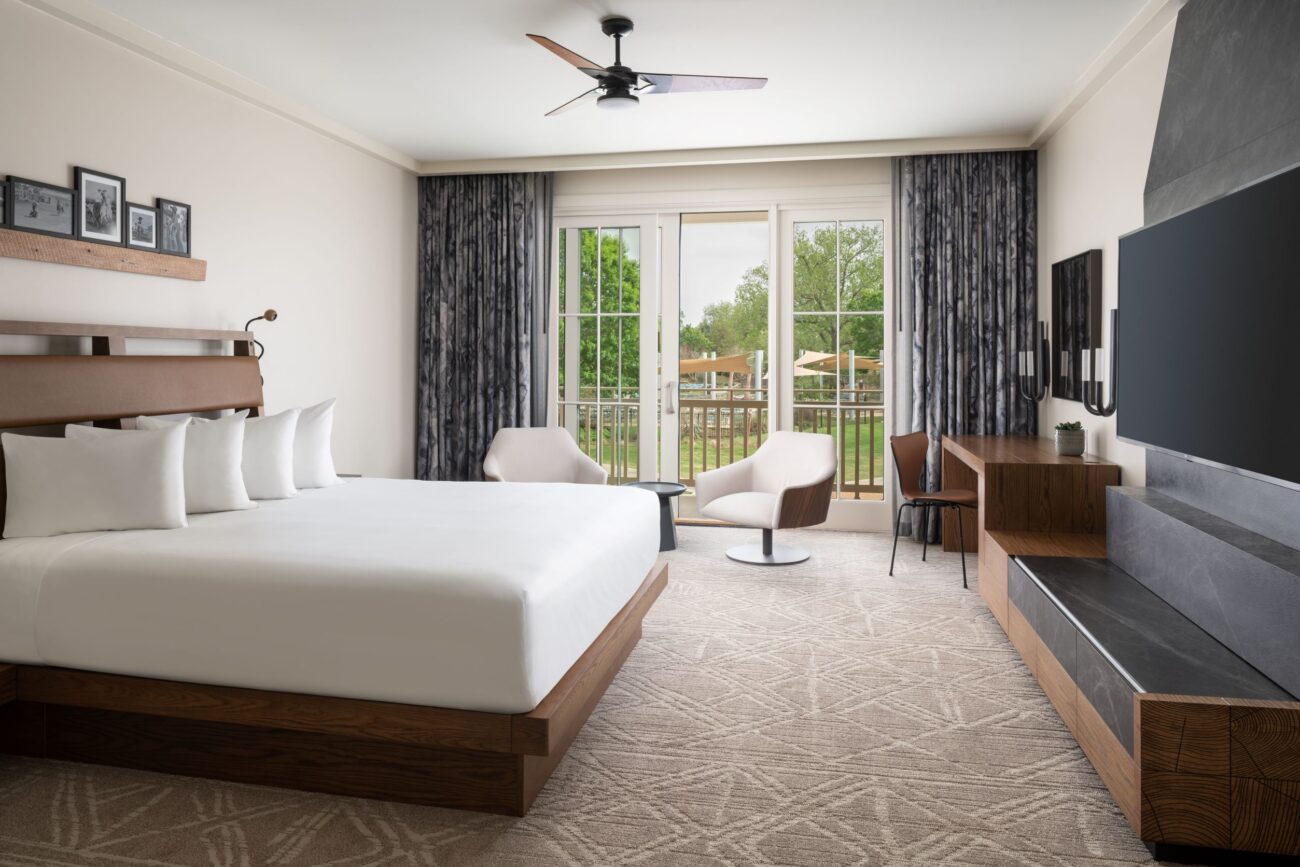 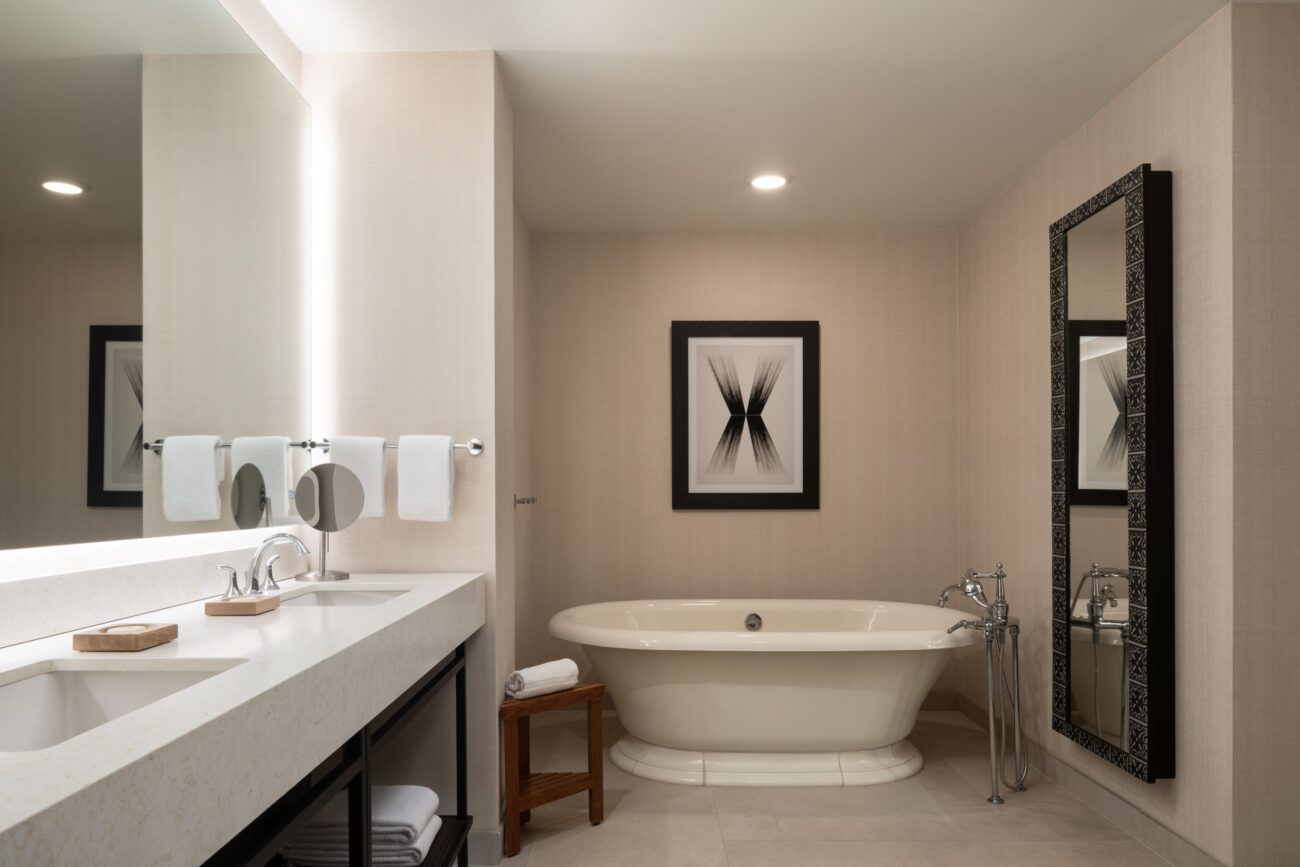 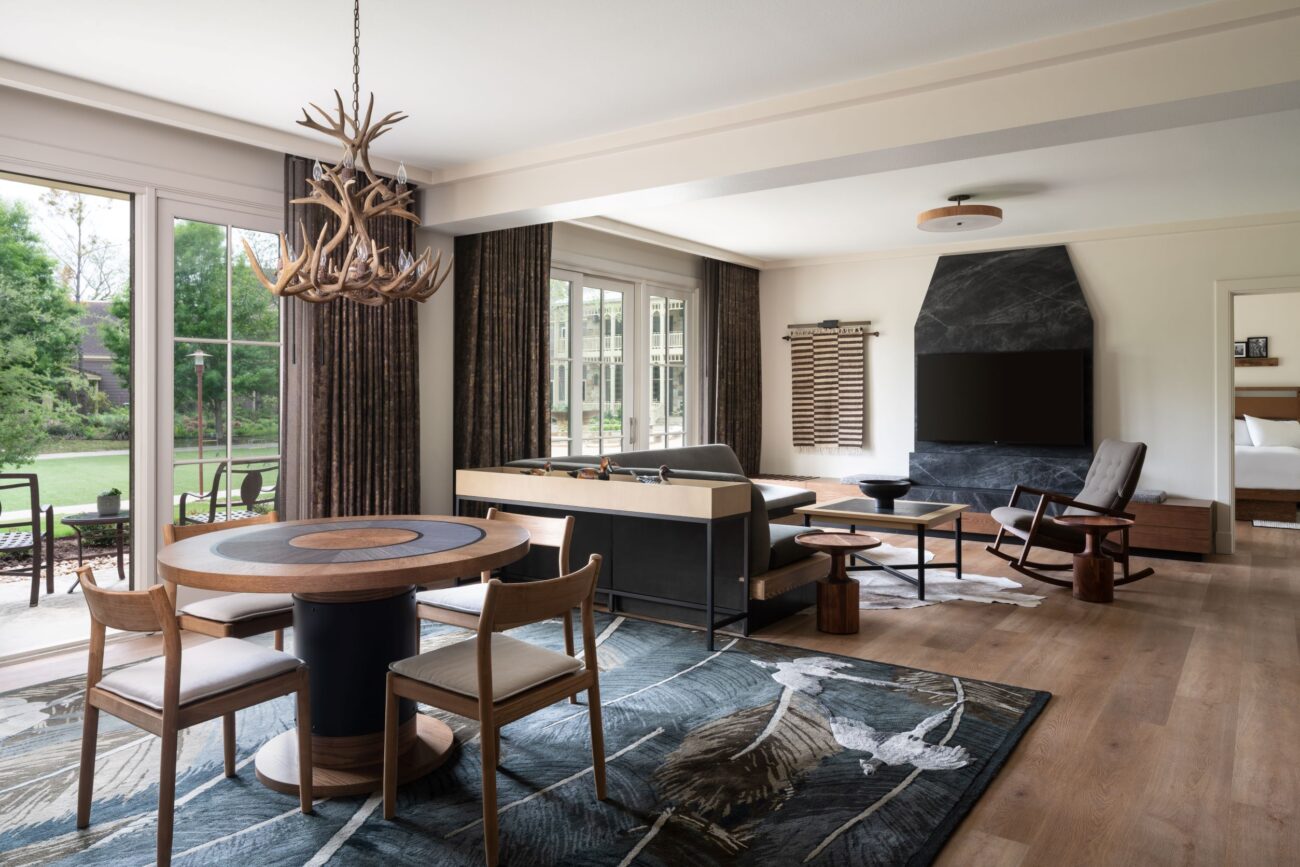 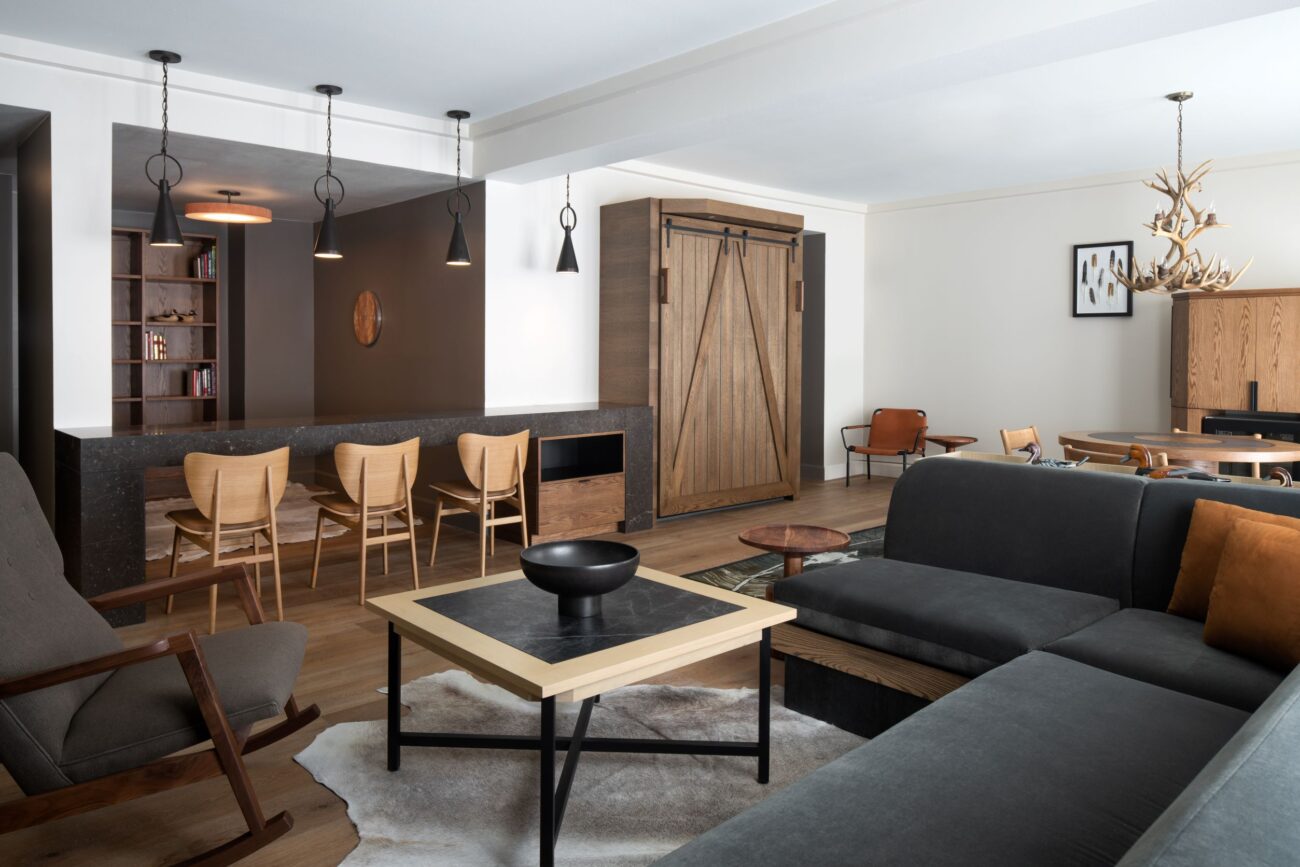 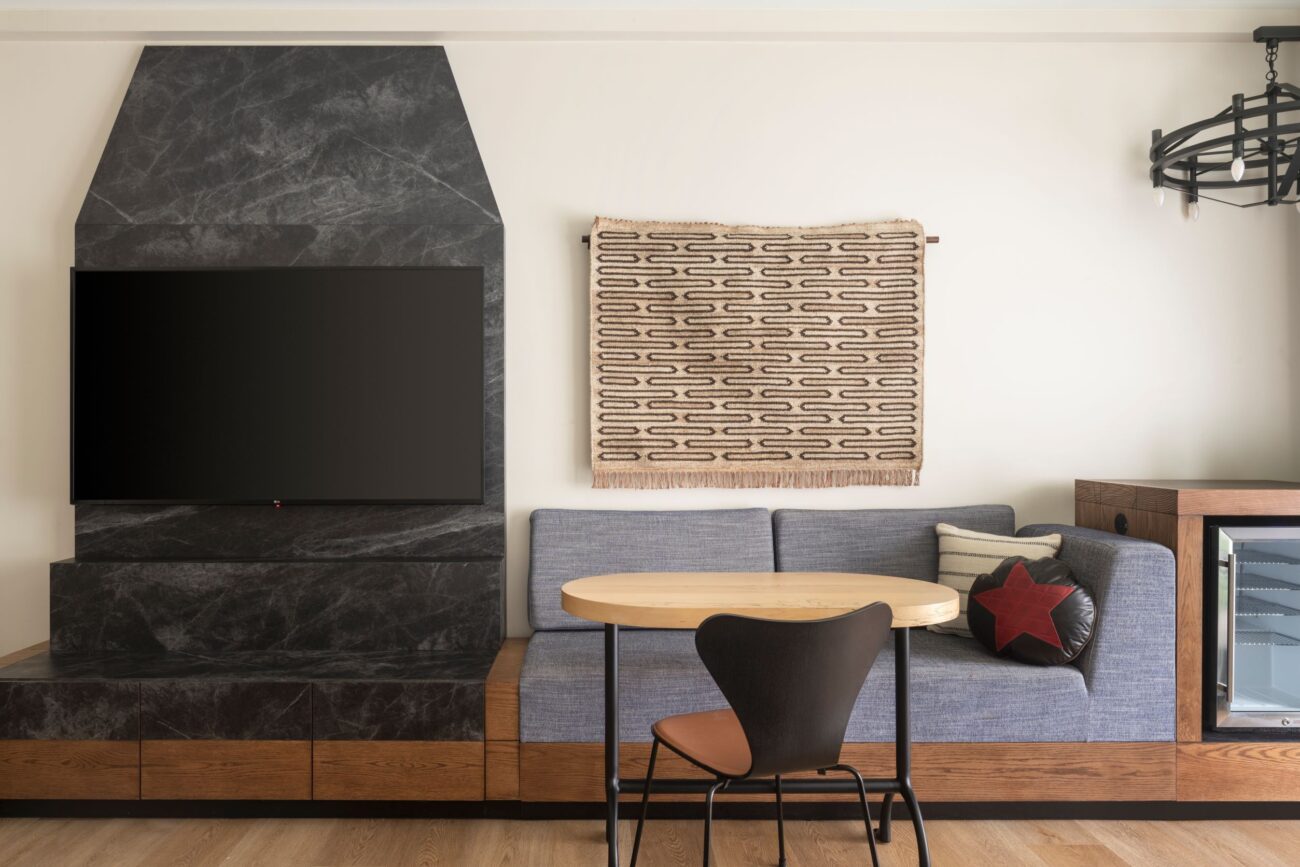 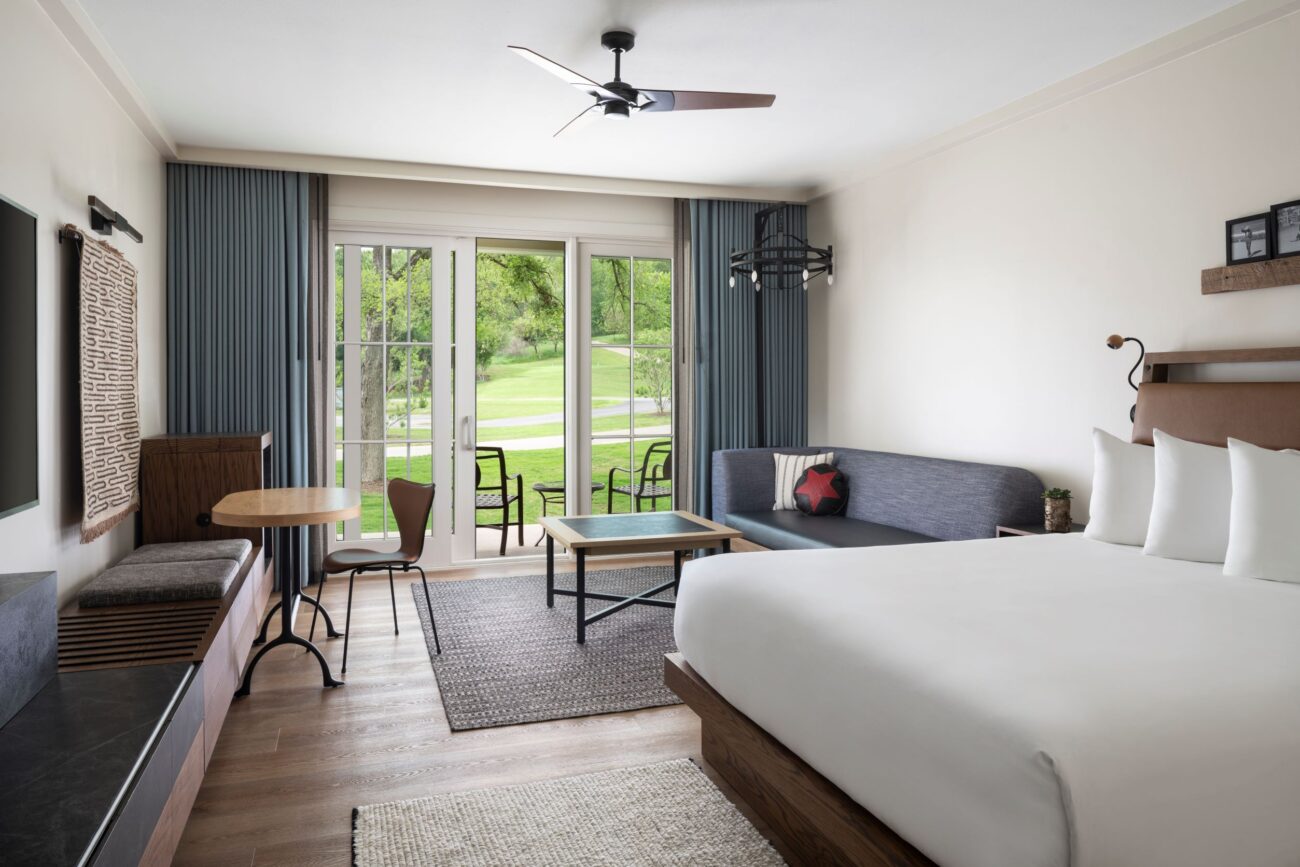 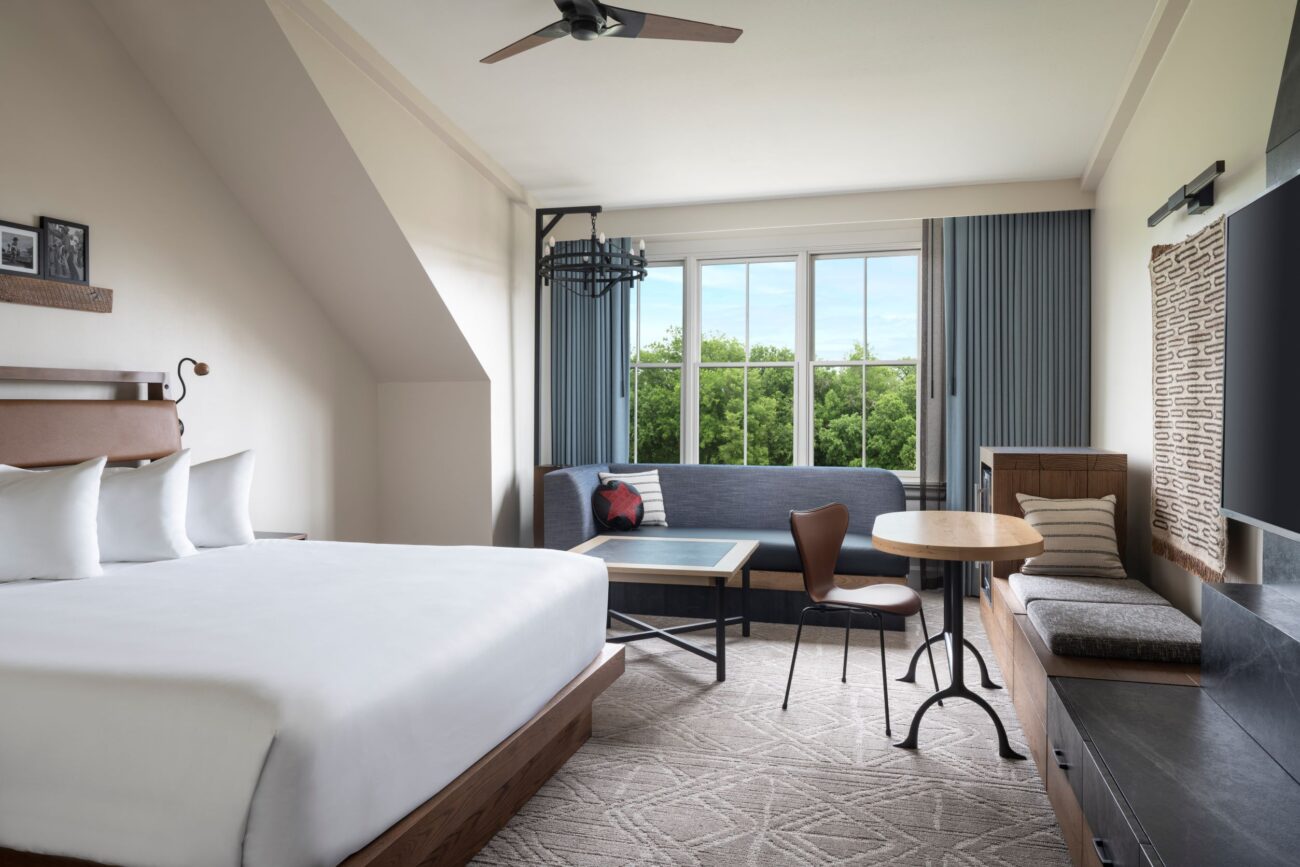 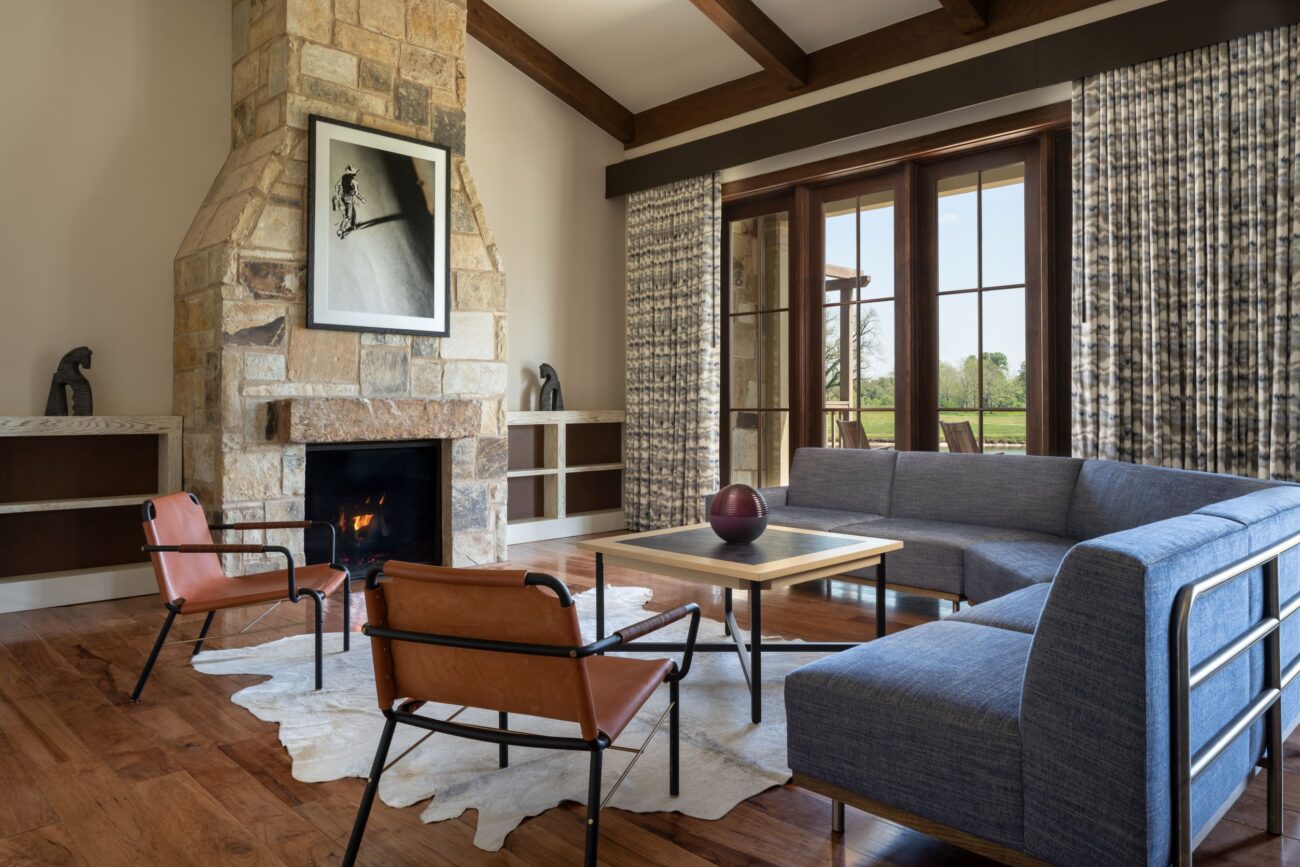 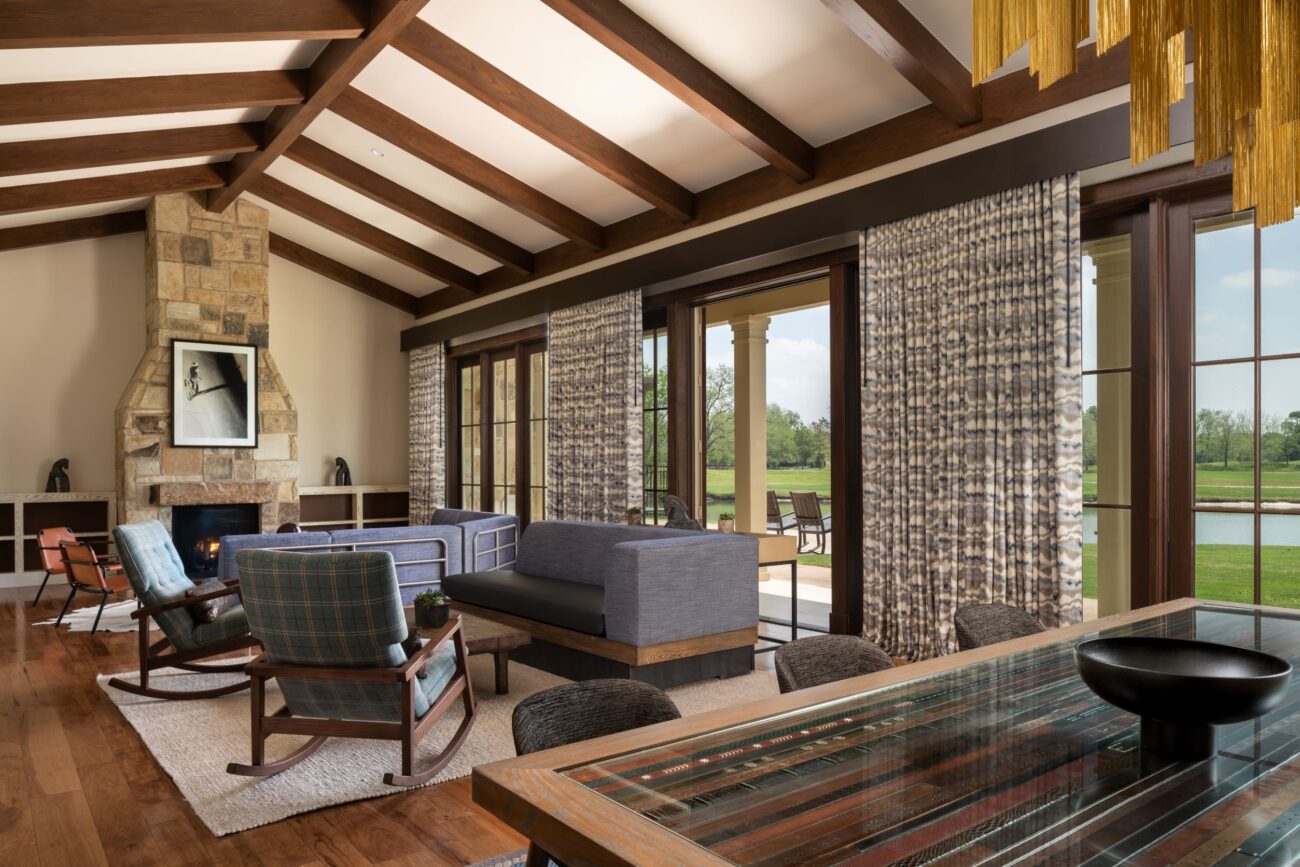 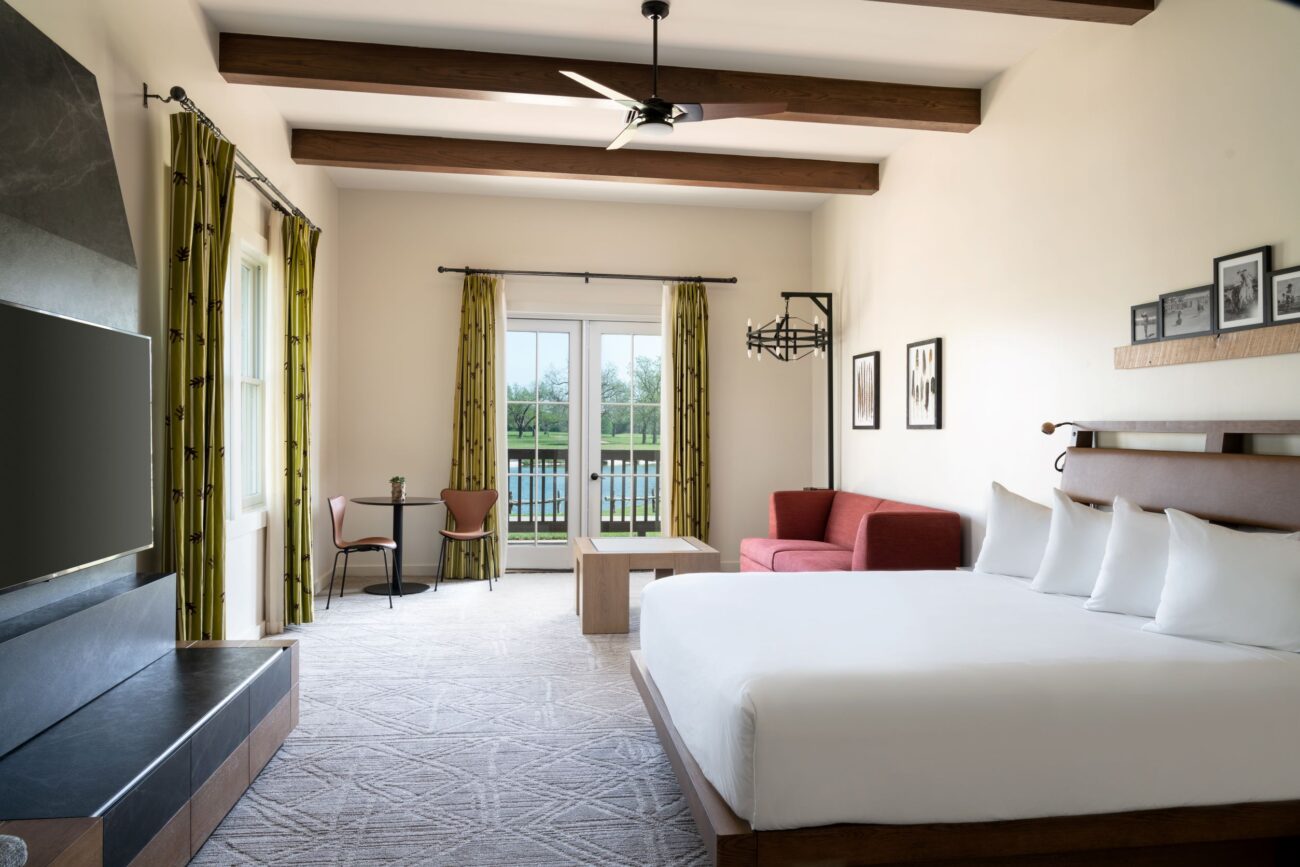 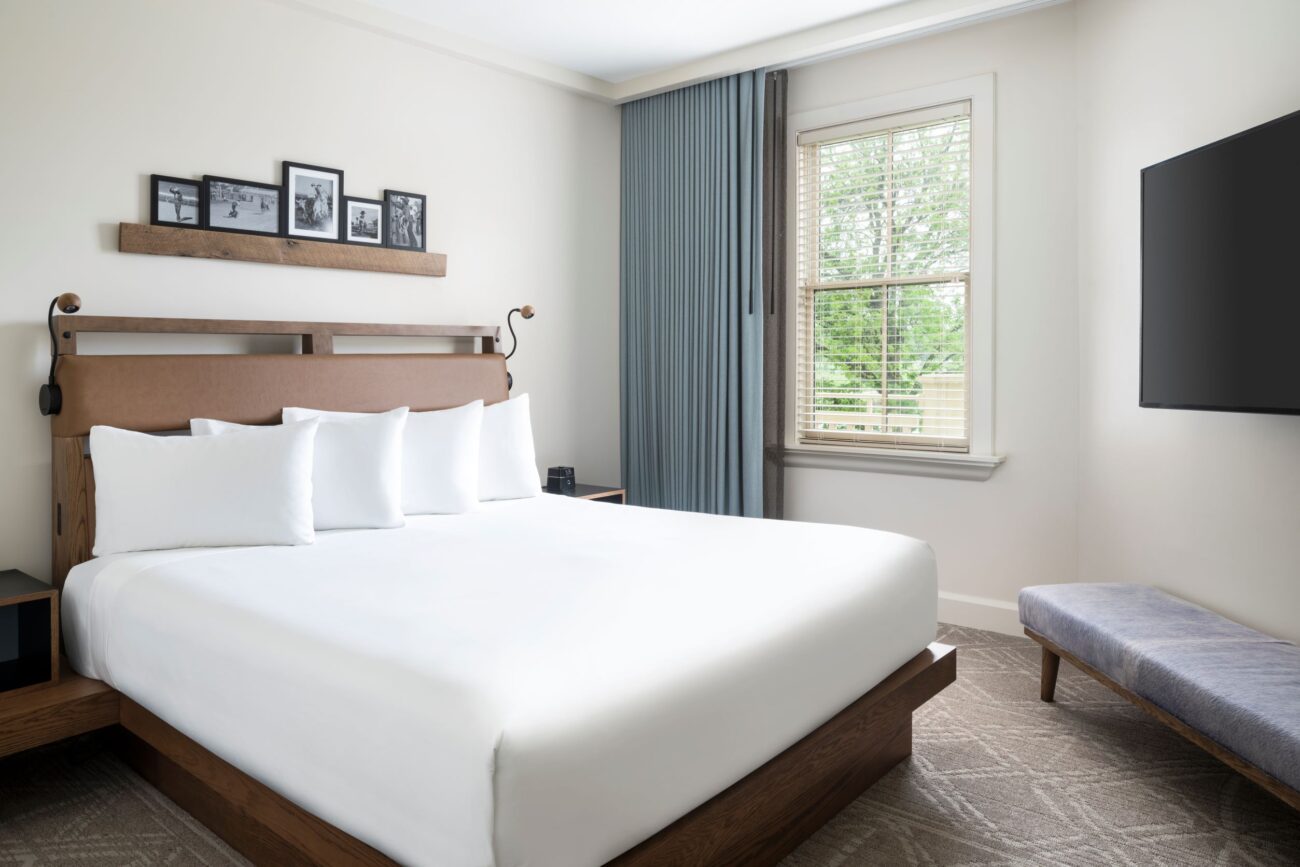 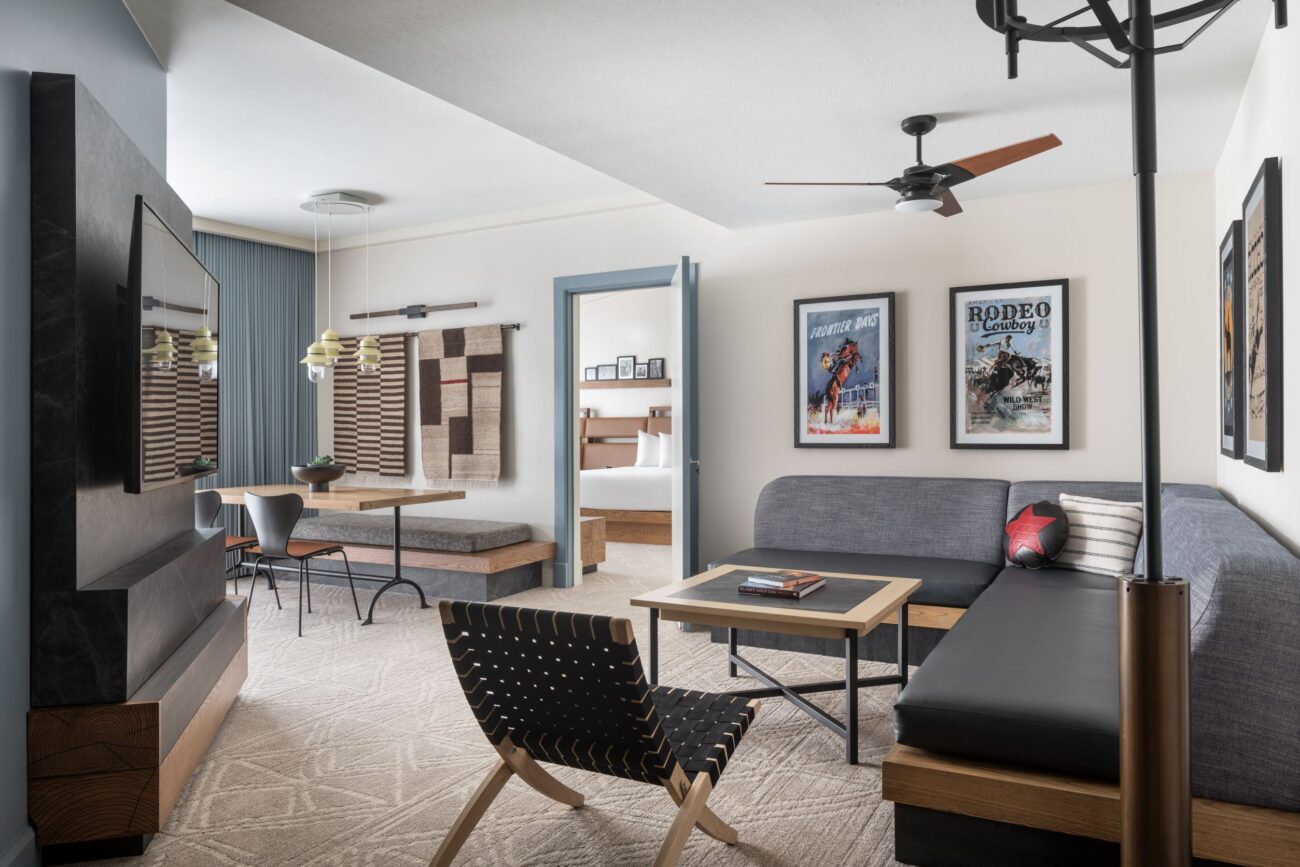